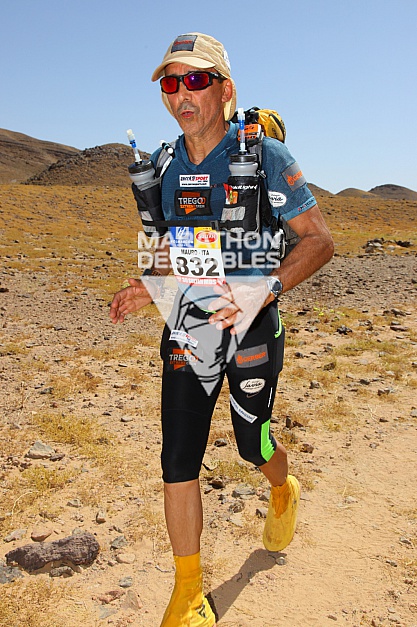 Mauro Prosperi,  upon his return from Sahara, gained an excellent placing despite not having specifically trained for the Marathon des Sables 2015. Thanks to his Tregoo Power Station he was able to take some astonishing pictures for all extreme sports lovers and all his fans!

The Italian ultra marathoner, together with some other 1490 athletes covered up to 250 kilometers in the Moroccan Sahara desert, being completely independent from the grid.

Solar Kit for Safari and Adventure

He was supported by the Tregoo Power Station 10-50 Extreme in his crossing , thanks to which he could recharge some useful devices for the survival, such as the GPS and keep always charged  his video camera that enabled him to register step by step  the exciting ultra trail in the Sahara desert.

After this adventure, Hippy 10 and Lizard 50  confirmed their adaptability to inaccessible environments and they undoubtedly stood as one of the best solar kits for safari and adventure.

The Tregoo Power Station proved to be a sound and precious allied, resistant to the adverse weather conditions of the desert and able to always ensure its utmost efficiency.
The pictures here below show you how the resistance to scratches of the solar panel and the resistance to shocks of the accumulator have been strained by our athlete, although giving him a solar energy reserve always and everywhere.