Technology and characteristics of Lithium-Ion batteries 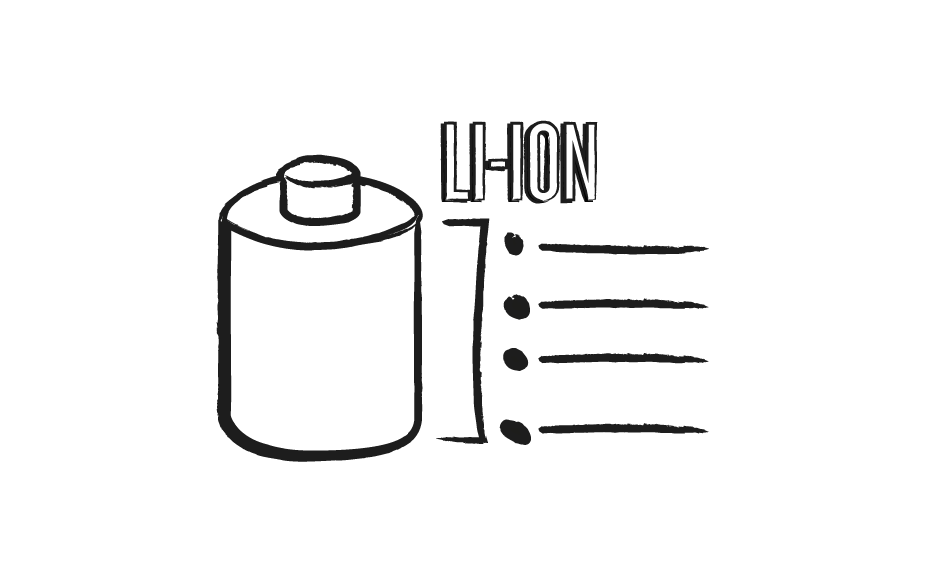 The Lithium-Ion technology is totally different from the one used in traditional lead-acid batteries. Lithium-Ion batteries are lighter and benefit from a higher capacity.

Devices such as smartphones, GPS, digital cameras etc. work with Lithium-Ion batteries which aren’t charged up with a simple prolonged current. Nowadays, a battery is provided with a pulse generated current. For example, after 0.5 seconds of charge are provided, they are followed by an interruption of 2-3 seconds until other 0.5 seconds of charge are provided again and so on. This particular mode of operation is well-known by users for a long time and it is represented by the famous flashing icon on a display.

This accurate mechanism of alternating charge is handled by control microchips within the electronic devices and they allows to protect a Lithium-Ion battery. Indeed, Lithium-Ion batteries are prone to suffering if overcharged. In order to avoid this, the power packs of our Solar Power Stations are provided with a built-in charge controller which assures an optimal charge.

Another interesting characteristic of Lithium-Ion batteries is the absence of “memory effect”. In traditional batteries, this particular effect couldn’t allow to take advantage of their capacity completely, in particular when batteries are charged before they have run out. In some cases, it is possible to note a significant difference between nominal capacity and residual capacity, which determines this particular “memory effect”. Lizard 10 and Lizard 50 power packs don’t have this limit.