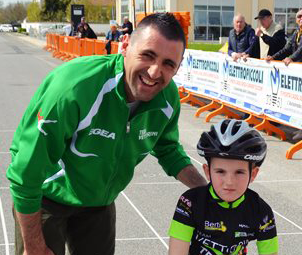 Not only does Tregoo deals with great undertakings, but also with small projects, dreams that become reality.

That’s what happened, for instance, with the Team Vettorini, that Aldo Zanetti (a Tuscan biker that rode the great races of professional cycling) set up to keep on personally living this sport, which gave him so much success when he raced in team with champions such as Mario Cipollini..

As athletic director of Zanetti’s Team, Aldo trains also his child, Alessandro Romeo Zanetti, who is already distinguishing himself within the giovanissimi ranks in Tuscany and all over Italy.