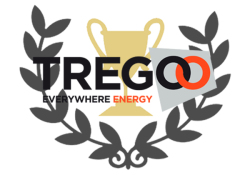 After the contest launched on Zooppa.com community and the testing phase online, via mini-contest on YouTube, Tregoo has ranked the best videos.

It was very difficult to choose the winners, since the videos were hardly comparable; they ranged from emotional to metaphorical shots, from ironical to really funny scenes.
Anyway, the applied yardstick was common to all videos: consistency with the brand values and creative representation of the product (both in didactic/visual and metaphorical terms).

Whatever the adoped technique and style, the choice was also led by the popularity registered both in the evaluation mini-contest on our YouTube channel (l2l.it/VideoContest), and within the focus groups organized at business level.

Having said all that, we would like to congratulate our winners, who were able to distinguish themselves for their creativity and accuracy in the production of the videos.

Daily actions, which we take for granted, such as turn the light on, open the fridge and charge the mobile, become a metaphor for the constraint represented by household boundaries, the standard place of energy supply. But thanks to Tregoo such a constraint disappears. Tregoo really means wireless everywhere Energy, at any time,.

The video represents this concept by very simple strings and thanks to a successful filter which creates an “out of time and out of place” environment. Thanks to such a device, the final part appears completely integrated with the premises, and leaves the audience pleasantly surprised by the creative game done by the film maker.

The excellent copywriting combines with the well-mounted strings, expressing some concepts which are very close to the Tregoo idea of energy: something that goes beyond the bare need, and that become the means to reach a high level of freedom. Freedom, as the video clearly highlights, is not an end in itself, but finds its greatest value into emotions: emotions deriving from the possibility to live one’s own experiences without any time and place constraints.

The “point of view” of this video is really original and creative, and it was able to show the advantages of portable energy in a nice, light but effective way. The quality of the scenes is good, even if the locations could have been a little bit more accurate. Nonetheless, it manages to effectively communicate how unusual it is the fact of being able to have energy in mobility conditions. And it manages to do that by choosing a means of transport, the bike, which is “green” by definition, which perfectly matches with solar energy. Finally, it is good to see our daily routine as “acrobatic endeavours” and therefore as real “daily adventures” (as they actually would be, if we hadn’t electrical energy at our disposal).

Maybe it is among the best videos in terms of quality of the mounting, emotional engagement and photography; this video perfectly communicates the desire of new adventures, which starts at sunrise. Anyway the metaphor of the sun as a source of inspiration of adventure itself is a little bit forced and somewhat far from communicating what Tregoo is and how it works.

This is the video which won the mini-contest launched on YouTube with respect to the analyzed acceptance parameters; it is appreciated for the quality of the concept, which makes of the final closure its strength: the sun invites to adventure regardless of anything else, location included. In this case too, it is not clearly expressed what Tregoo is and how it works, but the video  was a success in terms of approval, since it is both creative and emotional.

After the 5 first hits, which will be rewarded by a monetary award, we decided to add 8 further mentions; we shall send a Tregoo kit 10-50 to the authors of the eight additional videos in order to thank them for their participation in the contest and for their success in achieving almost all of the communication goals of the briefing.

Being aware of the fact that the Solar Power Stations are a new product and that the videomakers were not allowed to show them in their videos, we have particularly appreciated the creative solutions chosen to metaphorically represent the product.

The whole Tregoo management would like to thank the community of Zooppa creative persons for their efforts and for the quality of the works produced for the “More energy for your adventures” contest!